The Code Snippets Company is an initiative by Shea Bunge (Chief Code Crusher) & Verdi Heinz (Chief Pixel Pusher). While having different areas of expertise, they have the same continuous mission: "Enabling Web Creators to customize their websites safely, easily, with fewer plugins on no Child Themes".

Back in June 2012, Shea Bunge created a small plugin, simply to make it easier to inject code into functions.php. Much time was saved not having to use an FTP client and human error was also diminished. Over the years this free plugin was continuously improved and gained a large following.

By 2017 over 100.000 websites had the plugin running, using it to eliminate the need for Child Themes and preventing the use of many little plugins and the problems that come with that. By now a lot of Theme makers, plugin creators and hosting companies have Code Snippets mentioned on their websites including their own Snippets to fix problems or offer useful customizations.

Around that time Verdi Heinz saw the potential Code Snippets had, where it could go beyond the effective functions it already offered and shared those thoughts with Shea via Github. As it turned out, several of those ideas were already lingering in the back of his mind but he never thought people would be interested in a Pro version. No Pro, no funding, no development. Verdi did believe it could be successful so decided to fund it privately and a partnership was born.

They worked on what different formats and new functions the Pro version would offer. Going beyond that, a new social platform started forming where people can share and rate snippets, thus creating a community of people helping each other save time and do more with fewer plugins.

Finally, in 2019 the Code Snippet Pro company was founded. Shea would code, Verdi would focus on Design and the business side of things. Both of them would have one singular mission: Enabling Web Creators to customize their websites safely and easily. No need for Child themes and much fewer plugins!

We’ve only talked bout doing a Pro version here and there, yet our Core Install base already shot passed 400k. If we keep going at this rate, we might just be able to realize our dream.

Our algorithm predicts we’ll hit half a million active installs by September 2021. That’s 500.000 in numbers! We need to actually see it before we’ll believe it. The biggest and most important milestone though is the launch of Code Snippets Pro, bringing us the biggest step closer to our ultimate goal.

Ps. we also hope to have a lot of trees planted this year and for years to come.

This is what we’ve been working towards, this is why we spend so many hours and drink so much cups of coffee. A completely free, open to all platforms for sharing Code Snippets that help you customize your website with a lot fewer plugins. You won;t need to buy Code Snippets Pro, but if you do you’ll save a lot of time. More details will follow, but in short: It’s Twitter for Code Snippet Users.

We use cookies for everything except getting you spammed. Tap me to read more!

Safely Customize your website with fewer plugins and no Child Themes 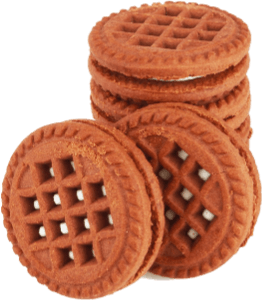 We use cookies for everything except getting you spammed. You agree to this by looking at anything, clicking on anything, or by the simple act of breathing. Yes, we think these notices are ridiculous too. So sorry we have to bother you with this. We love you, just so you know <3

Please ignore all content.
Do not purchase anything (yet : )
Come back soon!

Press ESC on a desktop to see us editing live. At your own risk!